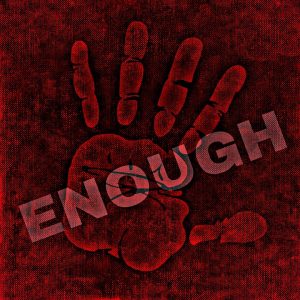 Photo by Alexas_Fotos on Pixabay

Discrimination is a term that can have various meanings. The most relative one being from the Oxford English Dictionary: “The unjust or prejudicial treatment of different categories of people, especially on the grounds of race, age, or sex”.

Although we couldn’t find an exact etymology, the oldest known origin of the word discrimination is from 1620’s coming from the word ‘distinction’, and from the verb discernere.

Discrimination plays a huge role throughout society, past and present alike. People are always discriminated against, everywhere you go. Every person, at some point in life, has seen or been a part of an act of discrimination. However, this ongoing problem looks like it’s going to stay a problem, for a while. Discrimination and stereotypes usually go hand-in-hand with each other, and the literature we read in class proves it. The texts we read in class, specifically A Raisin in the Sun and Mean, both show significant signs and examples of discrimination throughout their stories.

A Raisin in the Sun is a play written by Lorraine Hansberry that debuted on Broadway in 1959. A Raisin in the Sun is a story of an African American family’s experiences with discrimination. One way personal, cultural, and institutionalized discrimination creates and sustains privileges for some while creating and sustaining disadvantages for others in A Raisin in the Sun is when the Younger family is about to move into a predominantly white neighborhood and a man named Mr. Linder came knocking on their door trying to convince the family to not move into the new house in the white neighborhood. Mr. Linder was trying to convince the Youngers because he and others believed that there would be concerns in the neighborhood regarding their race because they were simply different from the other residents of the community. Mr. Linder says, “Well, I don’t know how much you folks know about our organization. It is one of these community organizations set up to look after–oh, you know, things like block upkeep and special projects and we also have what we call our New Neighbors Orientation” (Hansberry, 115). The tone throughout these few sentences shows that Mr. Linder is nervous about abruptly telling the Younger family that they shouldn’t move into the neighborhood. Mr. Linder is hesitant about telling the family the truth about the neighborhood’s feeling about the Youngers moving in. Mr. Linder knows that he needs to inform the Youngers of the community’s feelings but he also doesn’t want anyone’s feelings to get hurt. Mr. Linder tries to seem polite he explains,

“Now, I don’t say we are perfect and there is a lot wrong in some of the things they want. But you’ve got to admit that a man, right or wrong, has the right to want to have the neighborhood he lives in a certain kind of way. And at the moment the overwhelming majority of our people out there feel that people get along better, take more of a common interest in the life of the community, when they share a common background. I want you to believe me when I say that race prejudice simply doesn’t enter into it. It is a matter of the people of Clybourne Park believing, rightly or wrongly, as I say, that for the happiness of all concerned that our Negro families are happier when they live in their own communities” (Hansberry, 117-118).

Mr. Linder’s tone then becomes rude and he tells the Youngers that they are not wanted in the community and they would be making the people of the community feel threatened. Walter Younger simply responds to Mr. Linder with “Get out” (Hansberry, 119). This scene in A Raisin in the Sun is a great example of how discrimination sustains privileges for whites. Mr. Linder and his community thought that they could exclude black citizens from their community, as they believed that white citizens were entitled to quality living and black citizens were not. Mama Younger and her family were desperate to move into the neighborhood because it was the best place they could find with the money they had. The whites in the neighborhood didn’t want any diversity. This created disadvantages for the African American family because they simply weren’t wanted in the community they wanted to move into to begin to better their lives. The whole disagreement between Mr. Linder and the Youngers was all created because the whites didn’t want a racially diverse neighborhood. Discrimination played a big role in the Younger’s live but together they remained strong and moved into a better home to begin to live the lives they deserved.

To create a safe space for all cultures, races, and genders, one has to comprehend the idea that diversity stems from understanding the effects of discrimination at a young age. While analyzing works of literature like Mean by Myriam Gurba, the reader receives a first-hand account of how discrimination affects young people. Gurba describes the facilitation after an altercation between her and a group of white girls in grade school. While explaining to the teacher what happened, Myriam, a girl with Mexican heritage, says “[t]hey call us wetbacks and tell us to go back to Mexico. Those girls are racists. And she’s [referring to her white friend] not even Mexican,” (20).  The white girls then start to hysterically cry, and the teacher forces Myriam to apologize for the statement. This makes Myriam feel alone in her grade, due to the lack of diversity in her grade. Although the lack of diversity isn’t Myriam or the school’s fault, the lack of diversity sparked a racist thought process in the young white girls. One can say that the white girls made these comments because they wouldn’t know any better, but the recognition that Myriam was different from them comes from influences outside of school. If as a society, we support and emphasize the importance of diversity at a young age, society will be more open minded to the acceptance of all races. With this information a student can progress their behavior, success, and understanding of empathy at a young age.

Diversity includes more than race; it is also crucial to expand gender diversity at a young age as well. On page 14 of Mean, Myriam talks about boys in her grade. She goes on to say “A boy interrupted me. It asked ‘Can we be in your club?’ ‘No,’ I answered. ‘It’s girls only.’” Myriam uses the word “it” when describing the boy, dehumanizing the boy because of his gender. The way she excludes the boys isn’t a new way of thinking for kids.

As readers, and writers, literature is a great example of something that forces us to confront the reality of discrimination. It helps us look at the many faces of discrimination and by analyzing literature, we are able to fully understand their viewpoints and stories. One way of analyzing literature is to examine how the elements in the text relate to a social or cultural situation. Each book we read this semester evidenced it’s own version and definition of discrimination and brought all of them to the reader’s attention in different ways. A Raisin in the Sun shows discrimination from the viewpoints of the African American family and showed how they were mistreated. Myriam Gurba’s novel, Mean, deals with different type of discriminations, one of them being gender. She dehumanizes all genders throughout the novel. She does this by calling them “it” or other names that offends either, or uses words that poke fun at them. Overall, each author uses different textual strategies and each had different characteristics to show the reader what diversity is and what it stands for.

I chose this article titled “Driver who hit and killed 3 siblings saw flashing lights, but didn’t realize it was a school bus picking up the children: Police” because the story made me mad and upset. The article is about how a woman driving a pickup truck hit and killed three children getting on their school bus in the morning. The driver claimed that she didn’t realize that the flashing lights were a school bus and that she needed to stop. The driver’s statements are inaccurate because she was obviously distracted by something and it was too late before she realized she had made a horrible mistake.

I chose to cross out the words from the title “didn’t realize” because this is a false statement that the driver used as an excuse for hitting the children. Also, I included short phrases from the article in order to make sure the poem resembled the entire article and to make the poem more intense through word choice. For example, I used “classmate and neighbor” to create an emotional connection in my poem. I also used the quote “died at the scene” to show how terrible the tragedy was. While creating my found poem I learned that found poems are a good way to express your own style of writing. You can take the words and arrange them however you want to create any type of message you want to display. My message was that the innocent children were killed because one driver wasn’t paying attention.

When we hear the word “citizen” we often assume that citizens come from the same place, therefore, the same rules apply to all citizens. Also, it is common to believe that all citizens of a given place should be treated equally. Rankine proves that citizens are frequently treated unfairly in comparison to each other based on race throughout the lyric with the use of examples. One example is when Rankine refers to Trayvon Martin. Rankine brings up Martin because he was killed for nothing but being a law-abiding citizen. Rankine says, “Trayvon Martin’s name sounds from the car radio a dozen times each half hour. You pull your love back into the seat because though no one seems to be chasing you, the justice system has other plans” (Rankine 151). This example is ironic because one of the reasons why the justice system was created was to protect the innocent. Trayvon Martin was innocent and the justice system had other plans for him because he was an African American citizen. Citizens are aware that our justice system has failed multiple times.

One reason why Rankine talks so much about feelings is to identify what her true feelings are about instances of racism. For example, Rankine says, “Can feelings be a hazard, a warning sign, a disturbance, distaste, the disgrace? It’s not that (is it not that?) you are oversensitive or misunderstanding” (Rankine 152) to understand that she can use a feeling such as anger as a way to create a strong message about racism. Rankine’s feeling of anger helped her throughout her lyric by creating a strong argument filled with passion. Although feelings are used to enhance Rankine’s message, she also says, “What feels more than a feeling” (Rankine 152). An action could feel more than a feeling. Throughout the lyric actions are mentioned and feelings are the results of the actions. One of the most important quotes in the lyric is when Rankine says “Yes, and this is how you are a citizen: Come on. Let it go. Move on.” (Rankine 152). This is an important idea because it relates to how African American citizens felt that they had to brush off racism and pretend that it didn’t hurt their feelings. Rankine wanted to eliminate this act of ignoring racism so she tried to make a difference through informing readers about instances of racism throughout her lyric.